We have in stock a variety of Law books for the use of both practitioners and students. If you need law books in Nigeria, we at Matog Limited will deliver your goods at good discounts and ensure that we meet your specification and delivery timing.

Below are some of the law books we have available for sale.

All England Law Reports reports significant and up-to-date judgments of cases heard by the Supreme Court, the Privy Council, both divisions of the Court of Appeal, all divisions of the High Court and ECJ cases. The archive provides you with their full text, summaries of judgements and cross-references to the relevant authority.

The Law Reports are the official series of Reports cited in the High Court and Court of Appeal.

The Law Reports which have been published since 1865, are regarded as the most authoritative series of law reports for England and Wales.

As the official series they should be cited in preference to any other reports of the same case.

Produced monthly, the consolidated Law Report part brings together all of the four subdivisions, from the Queen’s Bench (QB), Chancery (Ch) and Family (Fam) Divisions of the High Court and Court of Appeal, references to the European Court of Justice, and Appeal Cases (AC) heard in the UK Supreme Court and Judicial Committee of the Privy Council and offers detailed coverage of the leading cases and appeals from these courts.

A key benefit of The Law Reports is that the case reports usually include a summary of the counsel’s argument, which is prepared by the reporter who attended the hearing, and approved by the counsel prior to its publication.

Halsbury’s Laws of England is a uniquely comprehensive encyclopedia of law, and provides the only complete narrative statement of law in England and Wales. It has an alphabetized title scheme covering all areas of law, drawing on authorities including Acts of the United Kingdom, Measures of the Welsh Assembly, UK case law and European law. It is written by or in consultation with experts in the relevant field.

Publication of the fifth edition began in 2008 and is being published in 103 volumes. It will have a new title scheme, a new updating service, and improved integration of European law. New titles for the fifth edition include, Sports Law, Information Technology Law, Financial Services and Institutions, Judicial Review and Environmental Quality and Public Health.

Halsbury’s Laws of England is a uniquely comprehensive encyclopedia of law, and provides the only complete narrative statement of law in England and Wales. It has an alphabetized title scheme covering all areas of law, drawing on authorities including Acts of the United Kingdom, Measures of the Welsh Assembly, UK case law and European law. It is written by or in consultation with experts in the relevant field.

The Encyclopaedia of Forms and Precedents is the leading source of non-contentious precedents in terms of the breadth and authority of its content.

The Encyclopaedia of Forms and Precedents is a large collection of non-litigious legal forms and precedents published by LexisNexis UK.

The encyclopaedia is utilised by legal practices and academic institutions.

The Encyclopaedia of Forms and Precedents covers everything that both the specialist and generalist practitioner is likely to encounter, offering access to an unrivalled collection of precedents covering all aspects of non-contentious work.

It is fully indexed and cross-referenced and contains concise commentaries on the law, practical checklists and procedural tables. The contributors are leading authorities in their fields – solicitors, barristers, and academics from leading institutions. It is comprehensive, containing complete precedents, alternative clauses and official forms, together with ancillary documentation (model letters, etc) to provide the reader with useful supporting information.

The work is also flexible, adapting to changes in law and practice with the addition of new titles on a regular basis.

1) Encyclopaedia of Forms and Precedents 5th edition in 115 volumes

2) Encyclopaedia of Forms and Precedents 5th ed in 90 volumes

Lloyd’s Law Reports is the leading maritime and commercial law reports since 1919. All over the world, legal practitioners rely on Lloyds Law Reports to provide them with answers during research.

Atkin’s Court Forms is the United Kingdom’s only encyclopaedia of Civil Litigation Forms, Precedents and Procedure

Atkins Court Forms precedents are fully annotated and cross-referenced to assist with case management and drafting. It is easy to use, it is the perfect drafting tool for litigators, helping to ensure that they find the right form and precedent for the right process at the right time and place.

Atkins Court Forms is a collection of the main procedural documents required in every civil proceeding before the courts and judicial tribunals of England and Wales.

Law reports are a series of books that contain judicial opinions from a selection of case law that has been decided by the courts. When a particular judicial opinion is referenced, the law report series in which the opinion is printed will determine the case citation format.

Other Law Sets Available and List of Common Law Books 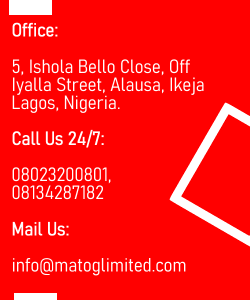