Jackson and Powell on Professional Negligence deals with :

Halsbury’s Laws is an authoritative encyclopaedia of law in the England and Wales, arranged by subject,with several indexes and updating services

Clause by Clause guidance for Practitioners in the Oil Industry.

A practical and comprehensive guide to the law and practice of structuring projects for the sale and transportation of gas and LNG, based on the author’s own vast experience. The discussion is augmented by five precedent agreements which demonstrate the practical mechanics of putting the deal together.

The Handbook documents principles involved in oil and gas transactions, from the upstream exploration phase to transportation by pipeline and liquefied natural gas to sales and marketing.

Natural Gas Agreements, edited by Martyn David is a detailed work on :

Written by Experts and cover a wider applicability of the work done here.

Halsbury’s Statutes of England and Wales

Winfield and Jolowicz on Tort is the most authoritative and exhaustive guide on Tort. It covers: significant developments in the Commonwealth, Recent Case Laws and Legislations. It is based on English Law.

It offers deep insights on administrative law that makes it appeal to students, academics and legal practitioners.

Phipson on Evidence provides a detailed treatise on civil and criminal evidence. It covers:

Principles and procedures on the law on evidence

Guidance on Civil and Criminal Evidence

Evidence taken before trials, during trials, rules of evidence, cross examination of witness

Bowstead and Reynolds on Agency deals both Agent and Principal in Contract, Tort, Commercial, Company and Property Law. It also includes commentary and examples to facilitate understanding. Practitioners, Students will find the simplicity worthy.

Recent Changes and Development in Law and Practice of Agency have been included by its publishers, Sweet & Maxwell.

Apparent authority from a course of dealing

Restitutionary and accessory liabilities of principals

Duties of sub-agents owed to the principal

Agents who work for competing principals

Agents’ conflicts of interest, and duties of confidentiality

The agency powers of trustees

Revision of material on the conflict of laws

Case law with a range, depth, and authority fitting to this book’s Common Law Library branding

Authority of agents, including issues of onus of proof

Agency law to companies; and the interrelationship of agency law and the law of trusts

Agency of necessity to the conduct of liquidators and administrators

Equitable duties of agents and sub-agents owed to principals

Duties of agents towards their principals

Relations between principals and third parties based on apparent authority

Agents’ liability in tort to third parties; procurement of and other involvement in the wrongs of others

Breach of warranty of authority

Principal’s mental incapacity on agency, and the effect of liquidation and dissolution of companies on agency

Law on the conflict of laws

Ways a right to restitution can arise.

Principles and practical applications of Mistake,

Breach of Confidence and

Defences to claims for restitution.

Court of Appeal decisions in

Archbold: Criminal Pleading, Evidence and Practice is the definitive work on criminal pleading, evidence and practice. It helps Practitioners, Judges to focus on What the Law is, rather than what it ought to be. It covers substantive law and practice. It covers detailed treatment of Murder, Forgery increasing understanding of crimes relevant to cases at hand. The work is over 190years old, relied upon by Lawyers and Judges to make sound arguments. It is the handbook for criminal lawyers in England & Wales and other law jurisdictions. Published in 1882, written by John Federick Archbold and has undergone revisions.

Terrell on the Law of Patents is the No 1 books on Law of Patents in the United Kingdom. It covers application, infringement, patent law, practice and procedure. First Published in 1884.

This outstanding work on Equity provides Readers with:

In-depth Commentary and Analysis of law of equity

Interpretation of how different rules can be applied to property..

Equitable principles and remedies and their application in trusts, probate and mortgages.

Nature of equity and the maxims of equity

Assignments of choses in action, and priorities.

Ancient equitable doctrines of conversion, reconversion, election, performance and satisfaction Assesses the situation in which equity has intervened to safeguard those who, by their status or circumstance are in need of protection illustrating how equity can be used in different client situations 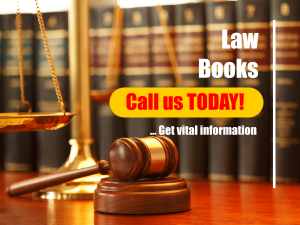